Our next “Book Club” interview is with New York Times-bestselling novelist Laurie Frankel, whose latest book, One Two Three, comes out in June.  She is best known for her critically acclaimed novel, This is How It Always Is, which follows the journey of a family with five boys. When the youngest, Claude, wants to wear dresses, the reader follows along as two parents do their best to help their daughter (and other four sons) through this complicated process. We spoke to Laurie, whose own child came out as trans, about her life as a mom and her work. Plus, her advice to other moms whose kids are questioning their gender identity.

Can you please tell us a bit about yourself?
It’s funny how,  especially these days, mid-pandemic, still-quarantined, I feel like there’s not much to tell, for which I am so, so grateful. I’m a writer and a mom. I write and read other things but by disposition — like a star sign — I’m a consumate novelist. I’m also at heart a teacher, so I miss being in the classroom. I like to read, travel, spend time with my family, go to the theater,  swim, and make soup.

I loved This is How It Always Is. How did it come together?
This is always such a good question and such a hard one to answer. It doesn’t feel like I ever decide. It’s more like I’m always writing something and eventually it becomes novel-shaped but never in the way I imagined. I cut about two novels’ worth of words from this book, more than twice as many as ended up in the final version, so how it came together was messily. That is, alas, pretty much always true for me. I am not one of those magical writers who goes in with an outline and a plan and a clear sense of what’s going to happen. 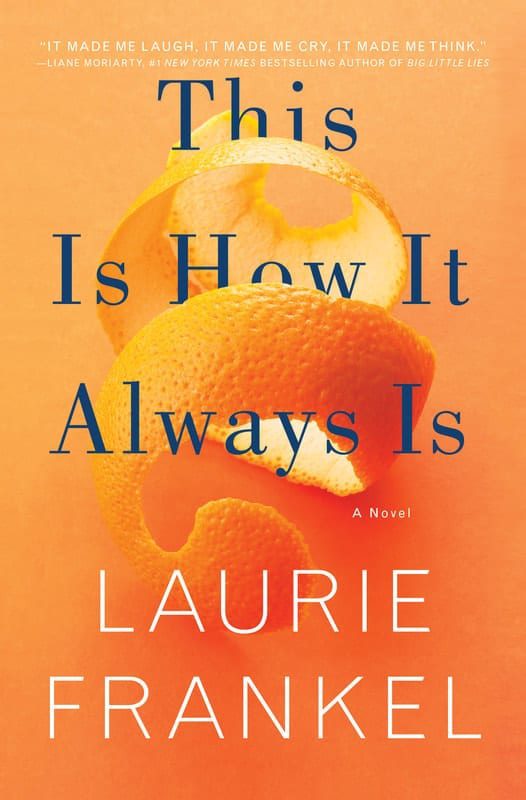 How much of the book was based on your own experience raising a boy who felt different – and ultimately, a girl?
The book is very, very made up. Nearly none of the plot or characters are based on my own experience. My family and I have been very lucky to have had an extremely boring time of it on this front, which is great for one’s life but lousy for one’s novel. So it’s all made up. I was keen to protect my family’s privacy, but it’s also true that a memoir of our experiences would have been very short and boring.

When did you “know” your daughter was a girl?
Like so much of parenting, there wasn’t a moment. It was a slow transition with a thousand daily — sometimes hourly — little transitions along the way. And since that pretty much describes the state of being a child, maybe the state of being human, it was less a moment of knowing and more a year of dawning realization and adjustments. I think that’s how it always is with kids, no matter how it manifests (which is where the title of the book comes from).

What were your biggest fears at that time and did they materialize?
My biggest fears are pretty big. One, it’s an occupational hazard. But two, importantly, there’s a lot of violence against trans people, historically and still. The world is changing and changing quickly but not quickly enough on this front.

What would you tell yourself then that you wish you knew?
How strong and proud she’d be. She’s an activist! (And she’s still in middle school.)

That’s amazing. Any advice to other moms going through the same thing?
Talk to other parents. Have your kid talk to other kids. There’s an organization called TransFamilies transfamilies.org which has tons of really wonderful resources including lots of support groups, discussion groups, social groups, gaming groups even. They’re a great place to start. But I also think parents are really equipped to have gender non-conforming kids because most kids are gender non-conforming in some ways sometimes, and all kids are non-conforming somehow some of the time. This is what parents suit up for!

What was the experience like becoming a Reese Witherspoon book pick?
Amazing, humbling, glorious, soul-lighting, heart-filling, all the good things! I am forever grateful.

What has the response been like from moms who read the book?
I’ve gotten lots of emails from moms who wrote to thank me for the book because they were going through similar experiences and going through them alone, thinking maybe they were the only ones sometimes. Those emails have dropped off, even though the book’s only been out four years, because so many fewer people think they are the only ones anymore, and that’s really, deeply good news. I also hear from lots of moms who say my kid isn’t trans, but my kid is this other thing or this is how parenting always is, so I totally related. That was the idea I went into the book with — as I say, it’s where the title comes from — so that thrills me. 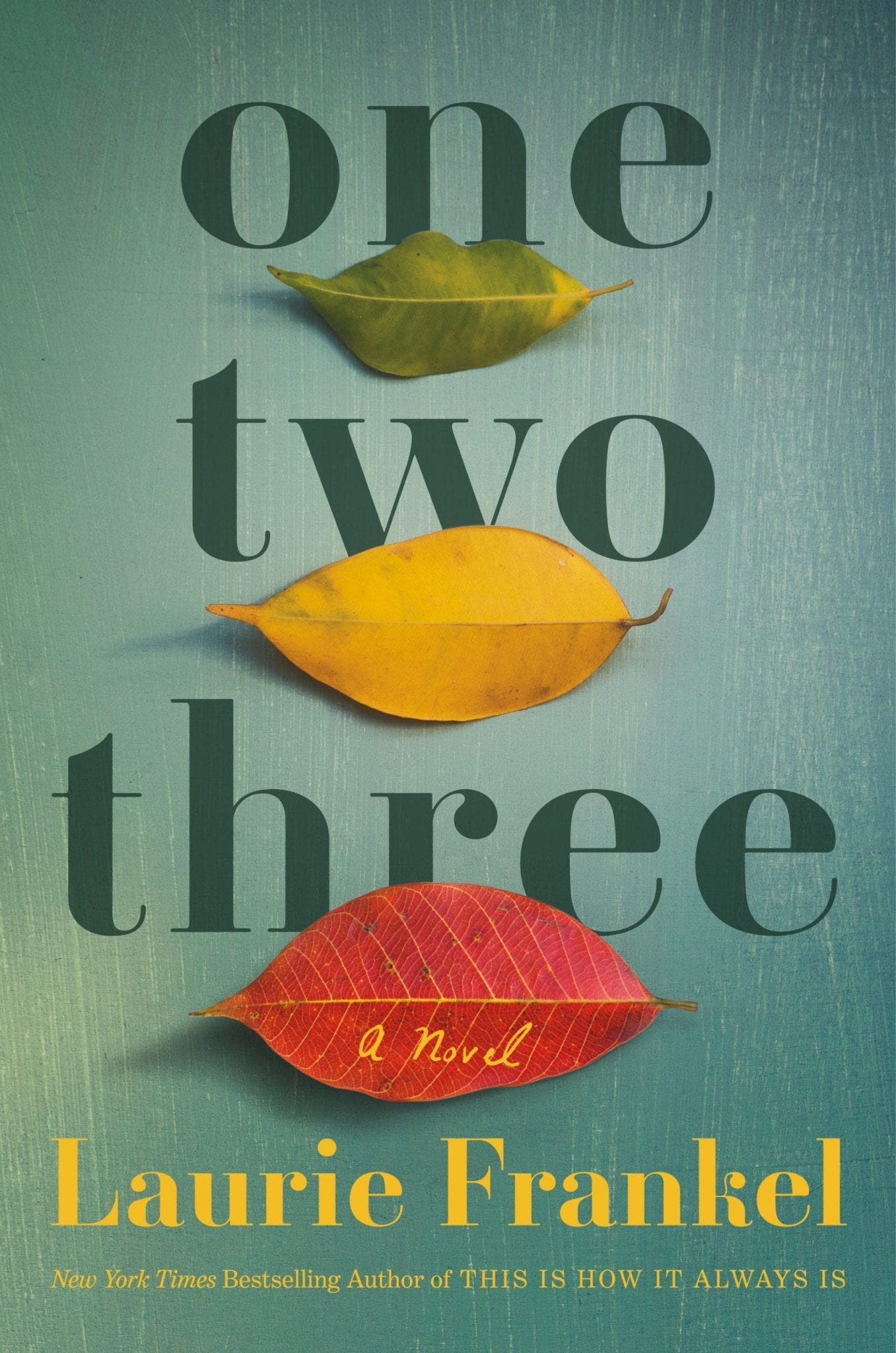 Can you tell us a bit about your new book, coming out in June? How is it different from others you’ve written before?
The new book is called One Two Three. It’s about sisters this time, teenage triplets in a small town with a dark past which proves not to be so past after all. They tell in turns, so the book has three very different first-person narrators which I’d never done before and which proved to be an enormous pain in the ass, which is totally appropriate from teenagers when you think about it.

Ha! What inspired it?
It’s a book about girl power, about how our daughters will save us all, and I’m inspired by daughters in general and mine in particular. The ways girls superhero is different from the ways boys do, and that’s less often told but just as exciting and often quite a bit more effective. I’m inspired by people standing up for themselves and their neighbors against terribly stacked odds. The terrible odds in this book favor a chemical company polluting a town’s water despite knowing the harm it’s doing, something you read about over and over, in different incarnations, nearly every time you open a newspaper these days. I find those stories horrific and enraging which is just the sort of thing that prods one to learn more and to write. And I’m inspired, always, by people who widen the boundaries of normal. I try always to be — and to write as — one of those people.

Can’t wait to read! What was your favorite part to write?
The ending. This is almost always true. It’s the payoff—this big celebration of all that’s come before.

What’s your advice to any moms out there interested in writing a novel?
I’ll tell you, but you won’t like it. My best advice to moms who want to find time to write is kill your data plan. Momming involves a lot of down time. If you don’t have all of the internet on your phone, you get to use that time not necessarily to write but to get ready to write so that that hour you manage to carve out by staying up late or waking up early or during nap is actually productive. While my daughter does the monkey bars, while I wait for gymnastics to let out, while that last kid from carpool checks the Lost and Found for his sweatshirt, while I stand in line at the grocery store, I fix plot holes and decide what will happen next and think about my characters and reshape scenes and realize what can be cut or moved and how. I do sometimes actually bring my laptop in the car and sit there and write in the passenger seat during soccer practice. But I think the big thing is being prepared to write when you have the chance to do so by having ideas queued up and ready to go, and for me, that means using all that standing-around time to think through all the things that need thinking through before I put pen to paper (or fingers to keyboard).

Is there anything that has helped you as a mom get through the pandemic?
I mean if you have any, I’d love to know them. It’s been a very strange, very hard time, and it has definitely turned the things that are hard about parenting up to eleven. My kid and I have done a lot of baking together, a lot of dog walking, lots of rounds of Uno, which is a good pandemic game because it doesn’t require a lot of concentration so you can sneak in deep how-are-you-really-doing conversations under the guise of playing a game. There’s an owl in the park a few blocks away from us who we visit twice a day. So that might be my best parenting-in-a-pandemic tip: get a neighborhood owl!

What are your favorite books recently or on your to-read list?
So many! I loved Charlotte McConaghy’s Migrations, and her out-in-August new one, Once There Were Wolves, is even better. Sarah Sentilles’s out-in-May Stranger Care is devastating and fantastic. I started the pandemic with the end of Hilary Mantel’s Thomas Cromwell trilogy The Mirror and the Light, which is in my top reading experiences ever. I’m reading Naima Coster’s What’s Mine and Yours now and loving it. I cannot wait for Ruth Ozeki’s out-in-September The Book of Form and Emptiness, but while you’re waiting, if you haven’t read her others, they’re all wonderful.

Anything else you’d like to share?
Just my gratitude to you for all these great questions and to everyone for reading!

This article originally appeared on The Local Moms Network 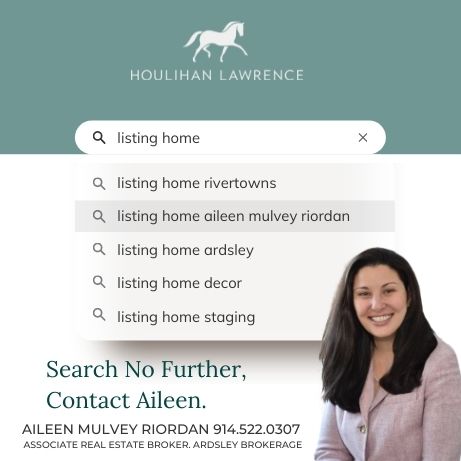