Elf on the Shelf Ideas! 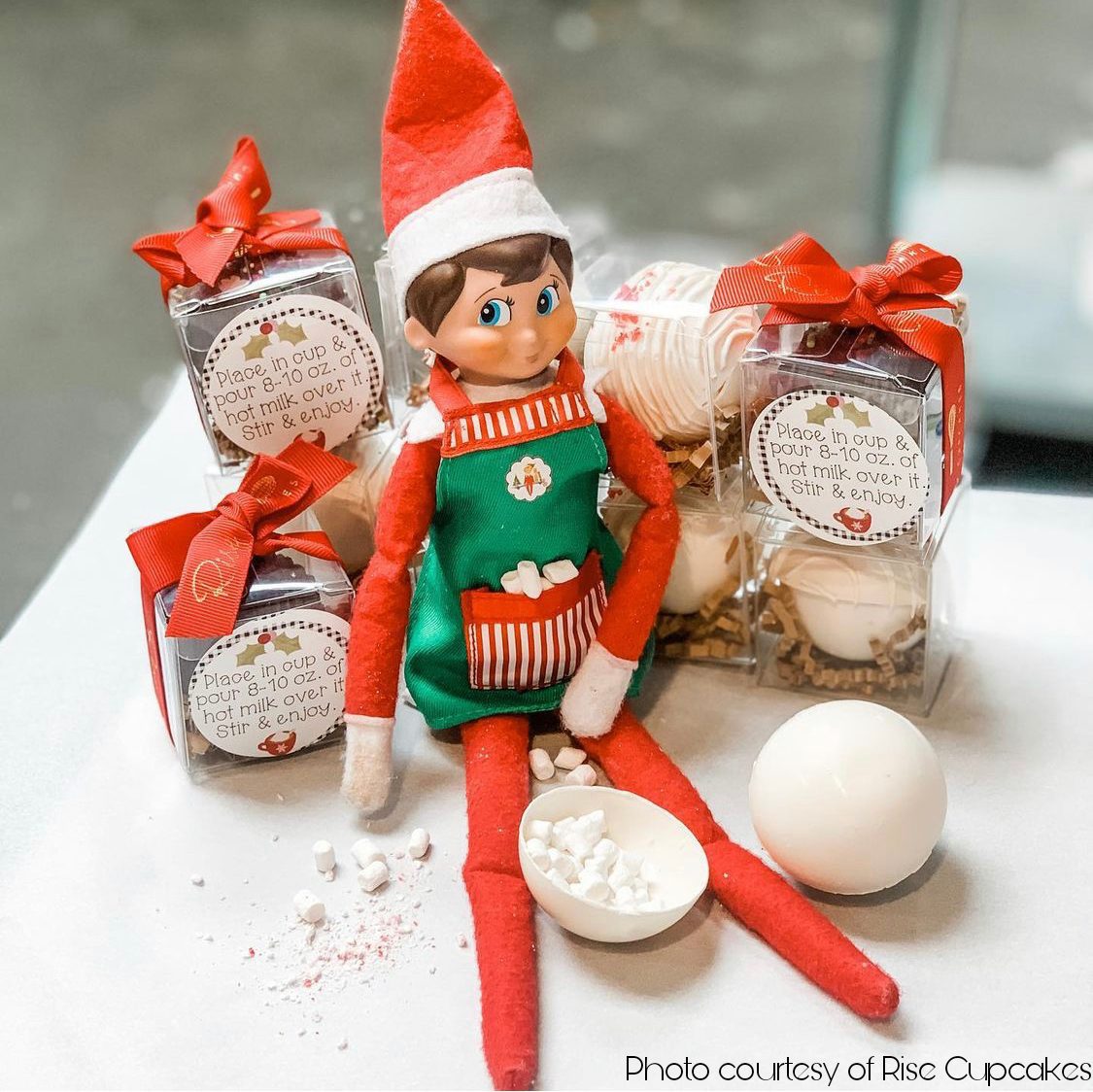 This year, I’m helping to bring the magic of Christmas to your home with a pre-planned list of Elf on the Shelf ideas! You’ll spend under 5 minutes each evening setting up a daily surprise that will help create the best memories for your kids while keeping you sane at the same time.

I’ve even taken into consideration weekends vs. weekdays and “Elf Fatigue” – this means you’ll find the easier ideas scheduled for weekdays and toward the end of the season (I’m usually over the excitement by then and you probably are too, so I’ve got you covered).

But first – STOP NOW, bookmark this page then

set a nightly alarm on your phone to move the Elf before you go to bed.

You may be able to find most of these around the house. It would be a great idea to gather these into one place!

Set these food items aside in the pantry or add them to your cart the next time you’re out for groceries:

Special Notes:
*This cheat sheet was created with one elf in mind but can still be used with multiple elves!

*Follow along and stay tuned to @southhoustonmoms Instagram stories for real-time examples that match up with each day!

Elf on the Shelf Cheat Sheet

Spell out I’M BACK! with holiday m&m’s or skittles on the counter. Sit elf next to candy.

Pick out three to four stuffed animals/friends and sit them opposite the elf as if they’re listening to the story. Position the elf holding a book or laying next to the book.

Find a framed portrait of a family member in your home. Draw a funny santa hat and/or decorate the face with a dry erase marker. Position the elf next to the frame holding the dry erase marker.

Put a straw into the pancake syrup and position the elf so he/she is drinking from the straw.

Gather the fruit you have in the house (oranges or bananas work best) and draw smiley faces on them with a sharpie. Use self adhesive googly eyes for a fun effect. Position the elf next to the fruit holding the sharpie. This would be fun to pack with lunch or have for a snack!

Sit the Elf in a bowl and cover him in mini marshmallows. Leave an index card note that says, “I love a good bubble bath!”.

Sit the elf on a plate next to the toaster. Sit a piece of toast across his lap and chest. Leave an index card note that says, “I’m not cold, I’m nice and toasty!”.

On the right hand side of a large serving platter, place powdered donuts in a pile next to a separate pile of mini m&ms and toothpicks. Place the Elf next to the platter with an index card note that reads, “Do you want to build a snowman?”. In the morning, let the kids build snowmen before having donuts for breakfast. To make the snowman: Place 3 donuts in a row and use the mini m&m’s for buttons, eyes and nose. The toothpicks for arms.

Place Elf in a visible location with an index card note that reads, “Let’s help mommy ________.” Fill in the blank with whatever you need help with that day! This is great for folding laundry, washing dishes, making lunch, grocery shopping, etc.

Monday December 6 – Elf Has Fun with the Scanner (Alternate: Elf is on the Shelf!)

Lay Elf face down on the scanner and print his image. Leave him on the scanner and let the kids find the printout. Note: If you don’t own a printer/scanner, this is a great night to put the elf on the shelf or mantle next to some of your favorite Christmas decor.

Lay Elf down inside the tissue box and roll up a few tissues for him to use as a pillow.

Wednesday December 8 – Elf is Locked Out the House

Oops, Elf didn’t make it back from the North Pole in time and now he/she is locked out! From outside, tape Elf to the window looking inside the house.

Use toothpaste to write, “Hi __(name)__” or “Brush your teeth!” or a put a simple smiley face. Position Elf on the edge of the sink holding the toothpaste.

Wrap Elf in a wash cloth. Stick a thermometer in with the wrapped elf and place a bottle of Tylenol next to Elf.

On a platter, arrange mugs, spoons, hot chocolate packets, mini marshmallows and candy canes. Hot chocolate bombs (from Rise Cupcakes) would be a great option for this day too! Position Elf next to platter with an index note card that reads, “Let’s be Merry! A Hot Chocolate Bar Just for You!”

Stick mini gift bows to the wall mimicking a rock climbing wall. Use double tape to position the Elf like he’s climbing the gift bows.

Monday December 13 – Elf is Hanging from the Chandelier

Hang Elf upside down from the kitchen chandelier or light fixture of your choice.

Tuesday December 14 – Elf Turned the Dryer into a Carnival Ride

Place Elf and a friend (similar size toy) inside the dryer on one of the ledges. Use tape to secure them like a seatbelt, and close the dryer door. Leave the drum light on.

Wrap the tree in toilet paper, then place the elf in the tree holding the roll.

The Elf is obsessed with toilet paper this week! Stack three rolls of toilet paper and place in the bathroom. Draw 3 buttons on the bottom two rolls and two eyes with an orange triangular nose on the top roll. Stick the Elf down the center of the toilet paper rolls.

Replace the hanging stockings with underwear on the mantel. Place the Elf nearby.

Choose a room and hide candy canes. Position the Elf with an index card note that reads, “I’ve hidden 5 candy canes in this room Can you find them?”. Use however many candy canes you want.

Elf Fatigue may be setting in right about now.

Hang in there, this is the last week and the Elf poses are extra easy!

Sit elf on the counter with an upside down glass over him as if he’s trapped inside the cup. Write, “HELP” on the outside with dry erase marker.

Monday December 20 – Elf is in the Christmas Tree

Place Elf in the Christmas tree holding an ornament.

Choose a fun color and put a few drops of food coloring in the milk. Sit the Elf next to the milk in the fridge. Plan to have cereal for breakfast using the colorful milk.

Arrange on a platter a bowl of sugar, a handful of coins and sprinkles (aka magic elf dust). Position the Elf nearby with a note that reads:

Plant the coins into the sugar, then sprinkle magic elf dust over them. Wait until morning to see what happens! Love, (Elf’s Name)

Replace coins with gold foiled milk chocolate coins that appear to be growing out of the sugar.

Sit the Elf on a shelf with small wrapped gifts for each child. Write a custom goodbye letter letting the children know it’s time to help Santa in the North Pole and that he/she will see them again next year, or try a free printable.